Posted on February 28, 2016 by Colette Horsburgh

I know, I know, January ended weeks ago.  But I’ve been really distracted.  I have managed to get in January’s progress before February ended.  Just.

One of the challenges I set myself for 2016 was to finish some of the Works In Progress I’ve had gathering for years.  I did state in that blog post that I wasn’t going to stop myself starting new projects, but that I wanted to end each month with fewer than I started with.  By the end of the year I’d like to have 50% of my starting number (which was 31), as well as having finished 50% of those original 31.

So how did I do in January?

Well, it’s a damn good job I decided I was still allowed to start projects.  I started…a few.  30 actually.  Which, considering my starting number was 31, is quite impressive.

However, I finished 29 projects!

These included a whole buttload (technical term) of star plushies. 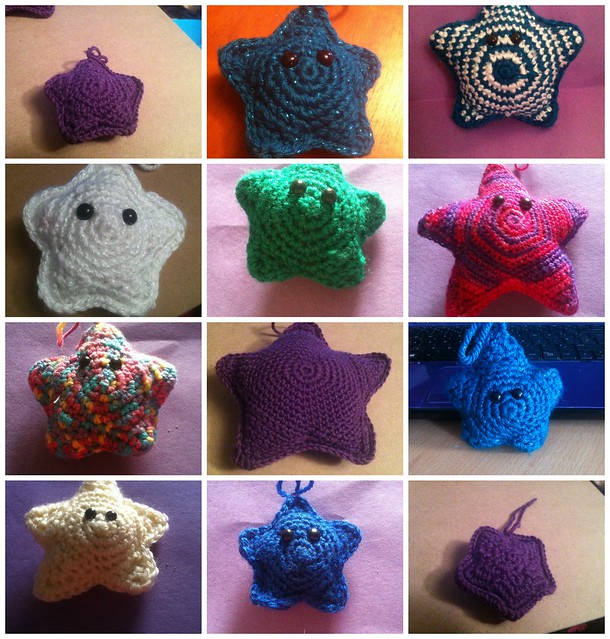 And some adorable pouches.

That middle one used a LOT of yarn and time.  Given that, and the fact that I made this dragon egg using the same technique, I’m surprised I got so much done.

I wouldn’t call myself a mathematician, but even I know that 30 minus 29 does not mean that I’ve ended the month with fewer WIPs than I started with.  However, I’m not so bothered because I finished three projects from my original 31.

In December I started to improvise a little snowman amigurumi, but ran out of the yarn.  In January I finished this off by turning it into this little dude.

In May (told you I’d had these WIPs for a while) I made two granny hexagons that I’ve been meaning to turn into a cushion for months.  In January I finally got around to doing that. 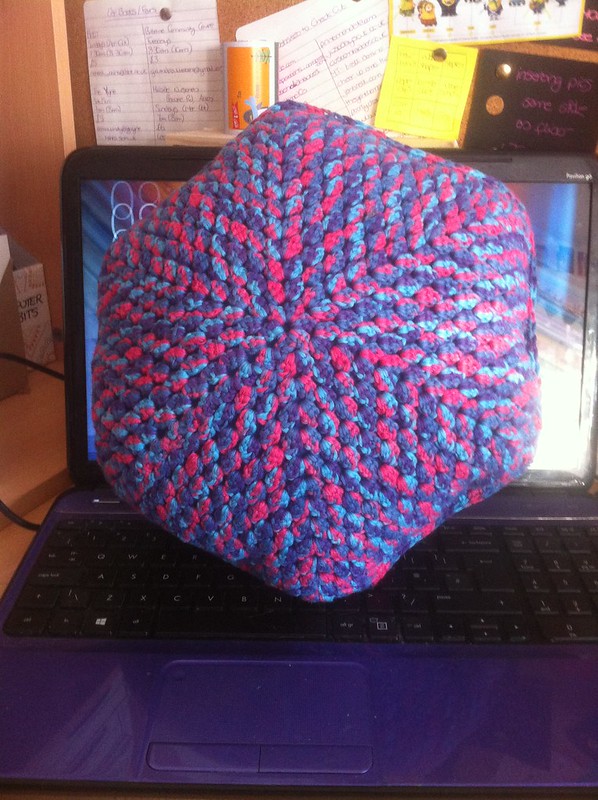 And way back in November 2014 I started making 1000 Lucky Stars.  In January this year I finished them (blog post upcoming). 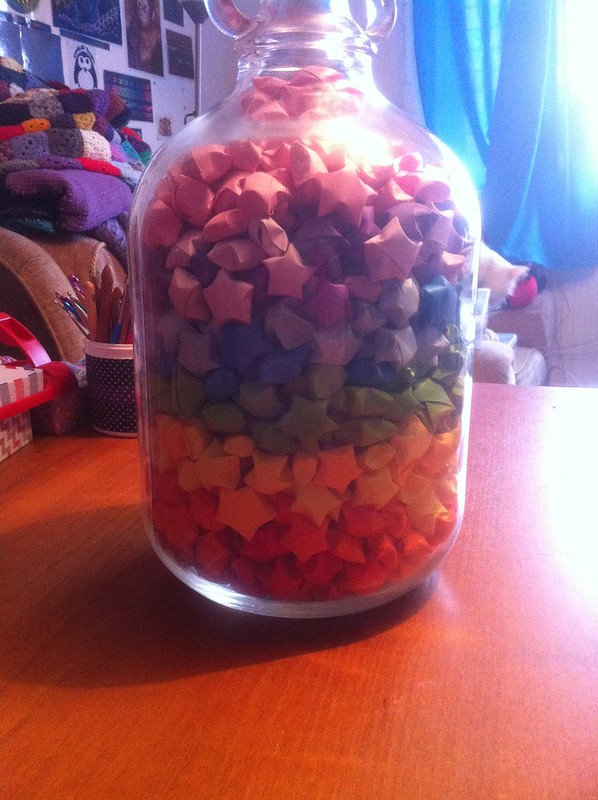 Tune in in a day or two (hopefully) for February’s progress.

A 30-something creator/baker/writer/artist/crafter living with several (but not enough) scatty animals.
View all posts by Colette Horsburgh →
This entry was posted in Craft, Yearly Challenges. Bookmark the permalink.

This site uses Akismet to reduce spam. Learn how your comment data is processed.